I’ve written several times about worship music.  (See “Worship” on right -side column under “Categories”.)  To add more, here are some wise words from Ravi Zacharias and his colleague.

For those who don’t know, Ravi Zacharias is Founder and President of Ravi Zacharias International Ministries (RZIM), which celebrated its thirtieth anniversary in 2014. Dr. Zacharias has spoken all over the world for 43 years in scores of universities, notably Harvard, Dartmouth, Johns Hopkins, and Cambridge. He has addressed writers of the peace accord in South Africa and military officers at the Lenin Military Academy and the Center for Geopolitical Strategy in Moscow. At the invitation of the President of Nigeria, he addressed delegates at the First Annual Prayer Breakfast for African Leaders held in Mozambique.  He has authored over 20 books.

May I ask you to listen to the short video now?  I’ll have a few comments to follow. 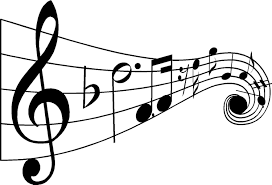 Music, as Dr. Zacharias noted, is a powerful instrument—the language of the soul that can seductively make the means (the music) an end in itself.  In other words, we can focus so much on the music (its rhythm, its style, etc.) that we lose sight of the song’s message.  This is particularly harmful in worship.  In worship, we want to be focused on the Lord and what we are singing to or about the him in that song.  If the instruments or the music itself become the dominant factor, then we have ceased to worship God and made an idol of the music.

The second point I want to reiterate is  the nature of the congregation.  Zacharias suggested we need to understand the audience to see what they will be engaged in.  Often, however, songs are chosen because they are newly-popular or they fit with the pastor’s sermon.  That’s all well and good.  But if the style of the song is such that the congregation struggles to sing it, they can’t engage in it to meaningfully worship the Lord.  This is true of some hymns as well as contemporary songs.  Some hymns are so familiar, their style doesn’t interfere with worship.  Musicians have written new melodies for some that aren’t familiar.  The important question here is, “How well can this congregation worship the Lord with this music?”

For the aim of worship is doxological (to give glory to God).  In such worship, we, then, find joy as together we fulfill our reason-for-being.

A Nation of Laws?